The equipment of the "Grappler" in IBJJF competition consists of a black fightshort and a "rashguard" in the colors of the rank. The mixed martial arts fighter is simply dressed in combat shorts or vale tudo shorts to be more comfortable in the octagon.

Compression stockings for sports This spats is designed to adapt to your body type in order to give you greater freedom and range of motion, it is an essential piece for those who seek performance above all. Size chart 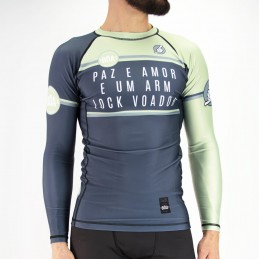 Impossible to go unnoticed with this compression T-Shirt Shine with this combat lycra designed for the practice of Grappling, it is made with a polyester / elastane blend, a material that wicks moisture more easily to keep you comfortably dry. Size chart 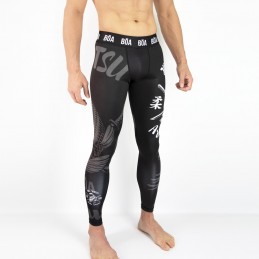 A Japanese heritage for these combat leggings The Arte Suave model is a Spats which will ensure you comfort and freedom of movement under your kimono or during your NoGi / Grappling sessions to protect you from tatami burns. Size chart 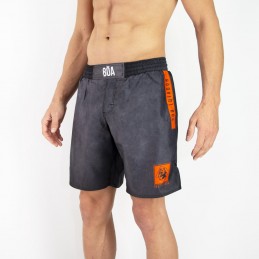 Shorts from NoGi ideal for Brazilian wrestling These combat shorts are our version 4.0 of this model bearing the effigy of the Luta Livre Esportiva, a short without velcro designed to boost the performance of the Lutadores thanks to its cut above the knees which allows to offer maximum freedom of movement . Size chart 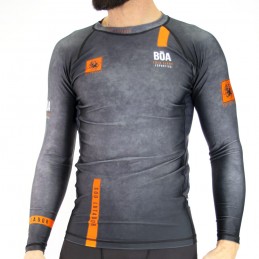 Compression t-shirt ideal for Brazilian wrestling This long-sleeved rashguard is our version 4.0 of this model featuring the Luta Livre Esportiva, a compression T-shirt designed to protect Lutadores' skin from skin burns resulting from friction with the rough surface of the tatami mats. Size chart 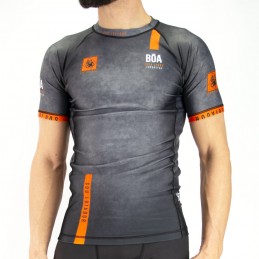 Compression t-shirt ideal for Brazilian wrestling This short-sleeved rashguard is our version 4.0 of this model featuring the Luta Livre Esportiva, a compression T-shirt designed to protect Lutadores' skin from skin burns as a result of friction with the rough surface of the tatami mats. Size chart 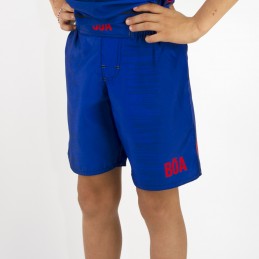 Fightshorts designed for grappling and MMA practiceEquip your child with our Mata Leão combat shorts, a versatile model both suitable for the practice of NoGi and Mixed Martial Arts.Size chart 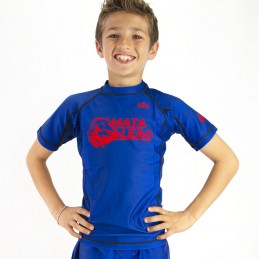 Compression t-shirt designed for grapplingEquip your child with our Mata Leão rashguard, a combat lycra suitable for the practice of NoGi.Size chart 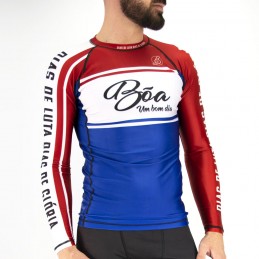 A lycra designed for the practice of NoGi Fight Anyone, Anywhere With This Grappling Rashguard Size chart 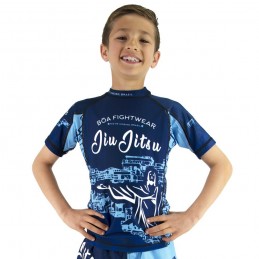 Back to the roots with this compression T-shirt for kidsA NoGi rashguard for kids inspired by Brazil and Arte Suave to display your martial heritage.Size chart 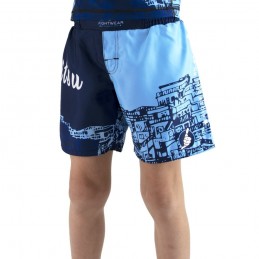 Back to the roots with these fighting shorts for kidsA NoGi shorts for children inspired by Brazil and Arte Suave to display your martial heritage.Size chart 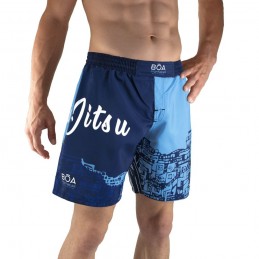 Back to the roots with these combat shortsA NoGi shorts for men inspired by Brazil and Arte Suave to display your martial heritage.Size chart 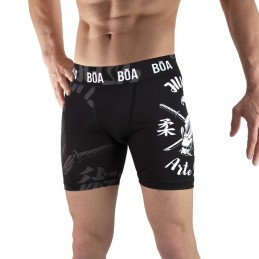 A Jiu-Jitsu and Japanese heritage for these training shorts The Arte Suave model is a compression stocking that will ensure comfort and freedom of movement during your nogi (grappling) sessions. Size chart 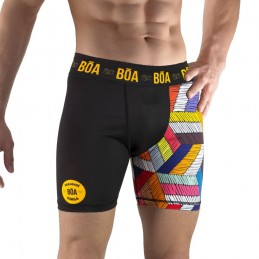 Perform with these Capoeira-inspired compression shorts.The shorts of vale tudo Paranauê highlights the luminous and vitaminized aesthetics of the Afro-Brazilian cult.Size chart 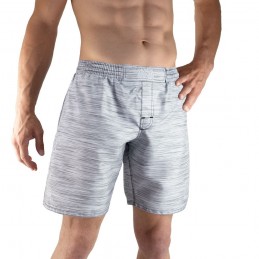 A hypnotic style for these sport shorts Impose your style effortlessly with the training shorts. Size chart

What is NoGi and MMA?

The mixed martial arts or mixed martial arts (MMA), formerly free combat or Free-Fight, are a complete combat sport, associating pugilat and hand-to-hand combat.
NOGI or Grappling is a sport which has its origins in Jiu Brazilian Jitsu except that this one is practiced without Kimono.

MMA is a modern combat sport which has points in common with Pancrace an ancient sport, it brings together several combat disciplines with:
- Standing combat (Striking): Boxing, Kickboxing, Karate, Muay-Thai etc.
- Hand-to-hand combat (Clinch): Muay-Thai, Sambo, Jiu-Jitsu, Judo, Wrestling, etc.
- Ground combat (Grappling): Brazilian jiu-jitsu, Luta-Livre, Wrestling sambo, etc.
It was the UFC (Ultimate Fighting Championship) and the Gracie family that allowed MMA (Vale Tudo) to develop and structure itself to become this popular combat sport around the world.
Grappling makes it possible to Overpower an opponent by bringing the fight to the ground and using appropriate techniques such as chokes, joint keys or muscle compressions.