In this section, you will find combat equipment for men, women and children.

A collection of martial arts equipment inspired by Brazilian culture to give you a unique style and adopt our "Estilo de vida". 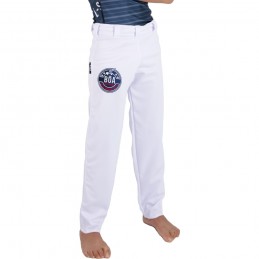 Abada fit for the practice of this afro brazilian wrestling The Arte white children's capoeira pants have a fitted and more modern cut, which will provide them with constant comfort during their workouts. Size chart 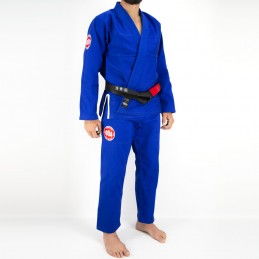 Jiu-Jitsu kimono ideal for beginners An entry-level model for beginners who are embarking on Brazilian Jiu-Jitsu, this kimono will also meet the requirements of the most confirmed who want a cheap Jiu-Jitsu Kimono. Size chart

Luta Livre Esportiva Belt Designed for lutadores this model is available in all grades of belt. 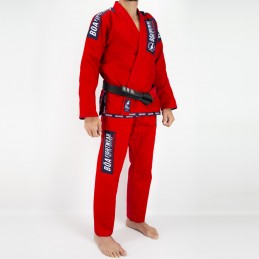 Collector's Brazilian Jiu-Jitsu Kimono A model that will suit beginners and the most experienced requirements, this kimono is made in the purest tradition of Brazilian Jiu Jitsu. Size chart

Brazilian Jiu-Jitsu Kimono to IBJJF standards A model that will suit beginners and the most experienced requirements, this kimono is made in the purest tradition of Brazilian Jiu Jitsu. Size chart

Brazilian Jiu-Jitsu Kimono to IBJJF standards Designed for the practice of Arte Suave, it is a fully embroidered kimono with a fit or regular cut to adapt to all the morphologies of the most demanding Jiu-Jiteiros. Size chart 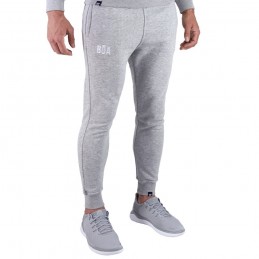 Authentic-looking sweatpants You can't get more classic than these gray Esportes sport pants, designed with a lightweight, comfortable fabric to keep you sporty before and after your workouts. Size chart

Premium Brazilian Jiu-Jitsu Kimono Dress your child with the Gi Mata Leão, a sturdy and comfortable Jiu-Jitsu Kimono that meets the IBJJF standards. Its athletic look will not leave anyone indifferent on the tatami, its embroideries and its border along the collar give it a unique style. Size chart

There are different color grade for a Brazilian Jiu Jitsu belt The choice of a Bjj belt is not done at random because the colors correspond to a grade which represents a level of practice and seniority, the adult always starts with a white belt, so it is the color to choose when buying your 1st Bjj kimono to perfect your equipment. Size chart 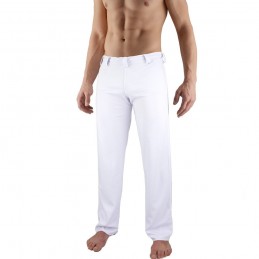 Traditional Abada for the practice of this Afro-Brazilian fight.The Tradição pants are a classic designed for Capoeiristas who practice Capoeira Regional or Angola.Size chart 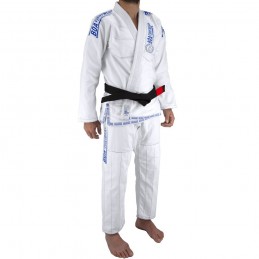 Brazilian Jiu-Jitsu Kimono to IBJJF standardsA model that will suit beginners and the most confirmed demands, a kimono made in the purest tradition of Brazilian Jiu Jitsu.Size chart 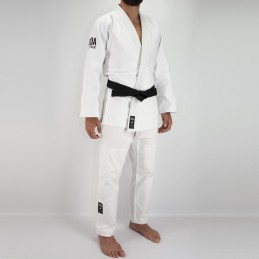 Kimono made judo for adultsThe Sentoki 2.0 model, is Judogi which has a modern and fitted cut designed for the practice of this Japanese martial art.Size chart

Each martial discipline requires an adequate dress, the dress of a Judoka is not the same as that of a Jiu-Jiteiro, as there are differences between the Capoeiristes and the Lutadores.

What are the differences between a Brazilian Jiu Jitsu kimono and a Judo Kimono? between Luta-Livre pants and Capoeira pants?

Practitioners of Brazilian Jiu Jitsu and Judo wear a kimono, called BJJ Gi for Jiu-Jitsu and JudoGi for Judo, a traditional and very different outfit between these 2 martial arts.
The cut of a Bjj kimono is more adjusted as a Judo kimono, it is adapted to this ground game to offer the least possible grip to the opponent.
Furthermore, Judo is an ancestral and less modern martial art than Brazilian Jiu Jitsu (BJJ) which allows practitioners to have the choice between several colors of Gis and to affix more patches and embroidery to personalize their kimono with the effigy of their academy.
Luta Livre pants are "Rip-stop" pants , a light and resistant material to face abrasive tatami mats, it protects the Lutadores during the ground play phases, the Luta Livre pants can be embroidered and / or patched and it is identical to the Brazilian Jiu Jitsu pants. pants by Capoeira or Abadá by Capoeira is designed in polyester or polyamide for traditional pants worn during batizados, an abada must be light and flexible to allow capoeiristas to have the greatest freedom of movement.